I can get easily frustrated with Alyssa. I honestly think it’s my warp mind set being that everything I new about development prior to having Alyssa was based on children with Autism. The fact that a little 4 year old could have so much sass and ability to manipulate a situation is beyond my understanding. The truth is though, Alyssa is amazing. She is wiser than her years and has had to mature more than the typical 4 year old. Alyssa isn’t a typical 4 year old. Yes, she is typical in the means that she does not have learning disabilities but when you are a little sister but very much have to play the role of the big sister on the daily basis, you are far from the typical 4 year old.

I had a moment recently where it hit me hard seeing the role reversal between the two of them. I was changing Courtney’s diaper and she was resisting with all her strength. I called my husband over to assist. Alyssa then came over to assist without us even asking her. She did everything she could do to distract Courtney. Alyssa brought Courtney one toy after another hoping one of them would make Courtney relax so we could change her diaper. Alyssa did this all on her own accord. She noticed we needed help and decided that is how she could help us.

I cried after this moment. Partly because it is awful when it takes 2 people to fight a 6 year old when changing their diaper but I also cried because Alyssa is 4. At the age of 4 on her own initiative more often than not, Alyssa takes on the big sister role. At the age of 4 she seldom asks why Courtney gets away with things that she doesn’t get away with. At the age of 4 she is learning how to be Courtney’s voice and even advocate for her big sister.

I’m not mad at Courtney or even autism for putting Alyssa in this position though my heart does ache to watch moments like the one I shared. I am also insanely proud of Alyssa. She is a rockstar! 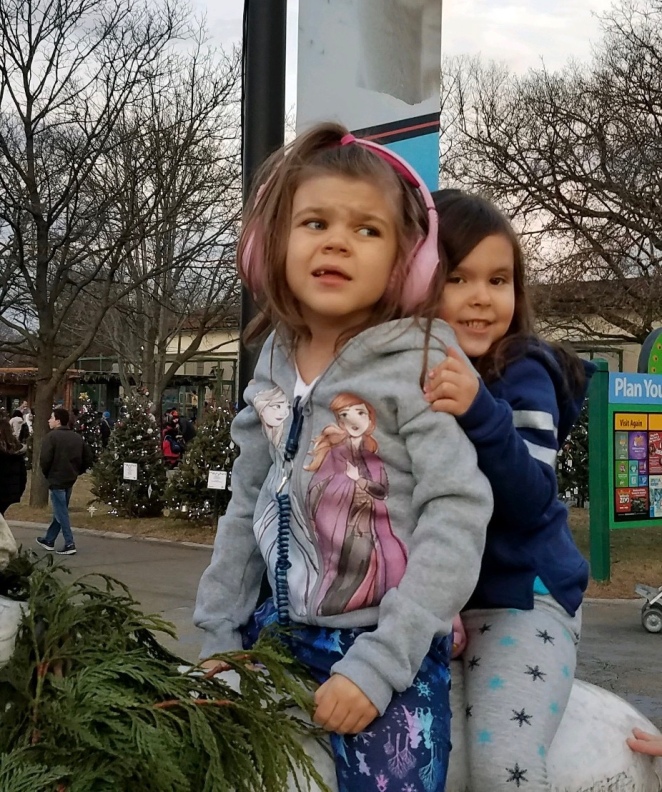 One thought on “Rockstar Sister…”