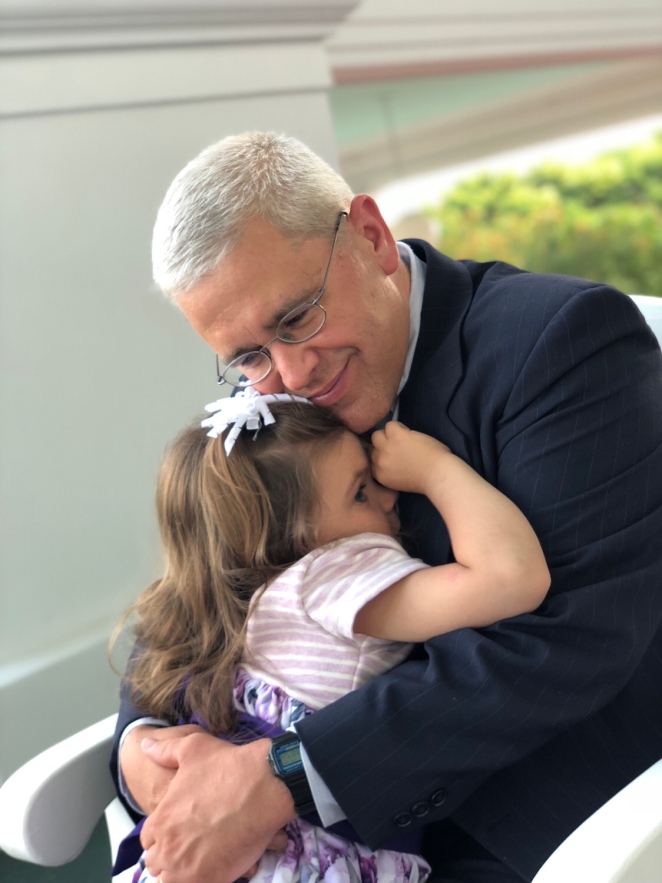 I look at pictures like these and I can’t help but think of how far the two of them have come the past 3 years. Let me rewind three years…

Three summers ago Courtney was 22 months old. She had zero words (though if you were really lucky, you would hear one), not responding to her name, not interacting with other kids and pretty much in her own world. Happy and healthy and meeting all milestones except language ones.

Watching Courtney regress wasn’t the hard part. The hard part was convincing Joe that something was up with his little girl. At this point I was just trying to convince him she needed speech therapy. Three summers ago there were so many arguments and so many tears over it. At this point I suspected autism and I did throw that label out there in discussions but I had to back off and just discuss her language delays. It made me so mad that he didn’t trust my opinion being that I had spent so many years teaching children with autism.

He finally agreed to looking into private speech therapy. I decided at this stage that o really needed to be careful about using the word autism around Joe. He wasn’t ready. I remember telling her speech/language therapist that I suspected Courtney had autism but not to use the word around her dad.

A year later, by the time we were about to get her evaluated through the school district and by a developmental pediatrician he was a little more ready to hear the diagnosis of autism. But he still felt strongly that all it was going to take was a year in preschool and she was going to be talking up a storm and acting more “normal”. Though I would get frustrated with his lack of true understanding of Courtney and her development, I had a better understanding that joe needed more time to come to terms with it.

It took time but he’s there. He now is just as much of an advocate for his little girl as I am. He gets her. He understands her needs and why she has these needs. Thanks to Alyssa being such a mommy’s girl and having separation anxiety, joe and Courtney have formed a special bond. I love capturing moments between the two of them. The moments where you can see that she loves her daddy so much. I’m so proud of both of them!