Horses…just what the dr ordered

I’ve been trying to find the words to describe the emotions I went through on Friday. I have worked with little kids with autism and other emotional disorders for over 15 years now. I have seen every behavior in the book, I’ve seen emotional break downs so severe from destroying a room, hurting others and hurting themselves. I’ve had to call parents to explain to them their child is being too unsafe to be at school.

Friday I was the parent. The phone call came in at 8:50 a.m. while I was at work. It was the nurse from Courtney’s school calling to say that Courtney was inconsolable, not being safe and seemed to be in pain, someone needed to pick her up. I told the nurse my father-in-law would be there shortly since I work an hour away. I didn’t bat an eye though, I knew I had to go home and get her to the doctor so we can find out why she’s been acting like she was in pain on and off this week. It was the next phone call that scared me the most. Courtney’s teacher called me back because she was worried about my daughter’s safety and the safety of others at home and was worried about sending her home with her grandpa. Once I reassured her teacher I was going to be there shortly they felt more comfortable sending her home.

I could no longer hold it together. I have spent the week watching my little girl express her pain and frustration through biting herself and now it’s gotten so severe that teachers are concerned about not only her safety but the safety of others.

I did finally find out during that horrible drive home where I let myself think of every possible thing that could be wrong with her that she did indeed have a UTI. I’m not going to get into the whole bull crap we went through up to this point regarding her UTI. Let’s just say I’ve lost trust in tests to determine if you have a UTI.

I was relieved to have an answer to all the behaviors this week but my heart was about to be torn apart some more. I got home to Courtney who was now calm but bruised worse than I can even imagine from her biting herself. The bruises brought me to tears. In all my years of working with little children with autism, I have never seen self inflicted marks this bad. On my own little girl. 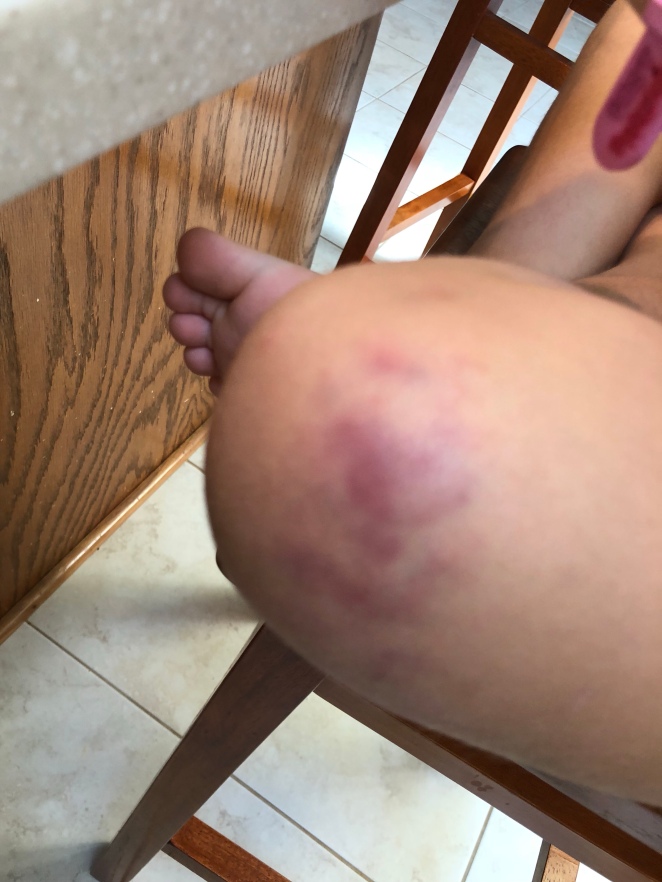 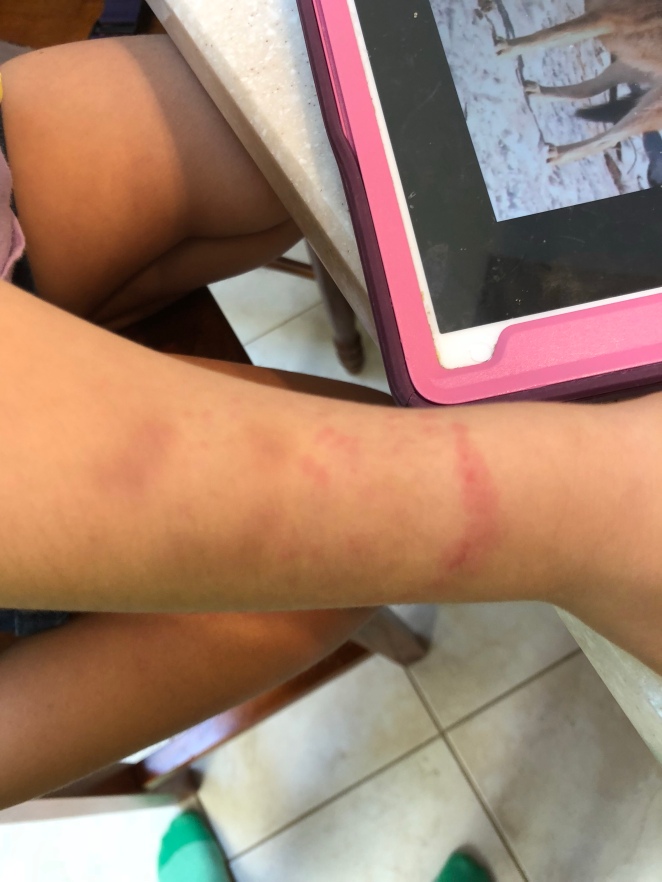 The good news is, thanks to antibiotics, Motrin and Tylenol (and a lot of love from her mom) Courtney is doing much better today (Saturday) but it left me numb.

Now for the horses. I was so excited for horse therapy. I knew it was just what my family needed after such a tough week. Ms. Christine is amazing with the girls. She knows exactly how much she can push them and when they just need a ride to relax. She knew how much she could push Alyssa today and she knew Courtney just needed a peaceful time with Bumble. Seeing them so happy on Bumble brought a smile to my face. Then my smile got even bigger (not without some nerves first) when I successfully rode a new horse who is a little more energetic then the cool, calm and collective Capone. Missy, I think we can be quite the team some day!

Yep, time with the horses is just what the doctor ordered! 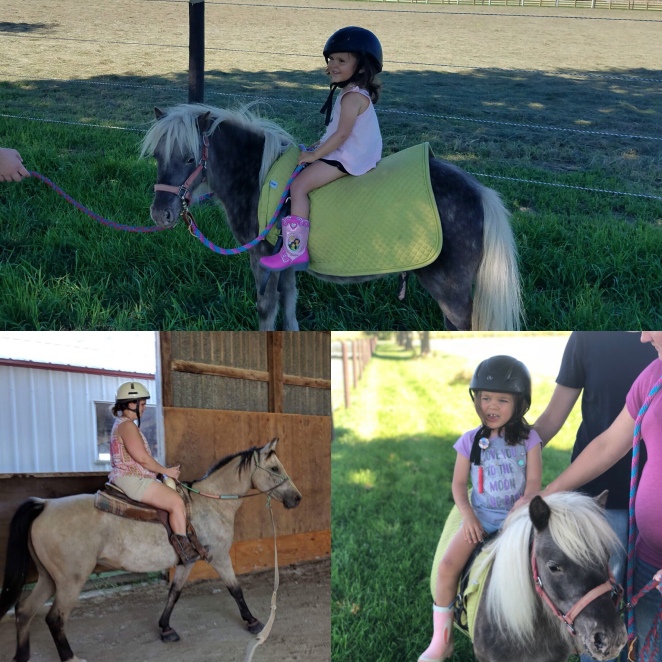 One thought on “Horses…just what the dr ordered”