Where did she go?

When you hear autism parents talk about how the journey started with their child with autism you will either hear them say that they noticed things just weren’t right at some point in their development or you will hear some parents talk about how their child lost skills that they had. Our journey with Courtney was the latter. There were skills that she had that just disappeared over a few months. Though not many, she had some words and was even starting to sing songs but then it was gone. She was socially connected and interested in other kids. Courtney use to come running to the door to greet me!

At what point did she start losing these skills? I actually don’t even know for sure but I have figured out the general time frame by looking at old pictures of her. It’s hard to explain it and it just may be me who sees it but there’s a difference in the pictures of her. I look at pictures of her when she was a baby and in the very early toddler months and her eyes look so connected to the person taking the picture. She looks like she is there in the moment and actually enjoying being there in the moment. Then suddenly the pictures are different. There is a different look in her eyes. It is almost like she disappeared. Again, maybe it is just me as her mom who notices this difference.

Facebook has a way for you to look back on posts you made over the years on that day. Sometimes I really hate this feature. I’m sure everyone who posts regularly on Facebook has the same feelings about this feature. Memories pop up sometimes and all you can say is, “thank you Facebook but I really didn’t need to be brought back down memory lane on that one”. Then there are times where the journey down memory lane is sweet. Yesterday, Facebook brought up a beautiful picture of Courtney from her 18 month photo shoot with my sister. (I believe she was actually 17 months old though when we actually took the pictures.) When scrolling through the pictures I noticed that the look was still in her eyes. She still looked present. I took a moment to look at these bitter sweet pictures and couldn’t help but ask, “where did she go?”

Don’t worry, I really don’t dwell on these moments. A part of that little girl may have disappeared but each day I feel we are seeing more and more of those moments where she connects with us in her Courtney sort of way. I love Courtney just the way she is. Her smile and giggles light up my world. I wouldn’t trade that for the world. But, there will always be a part of me that will ask, where did she go? 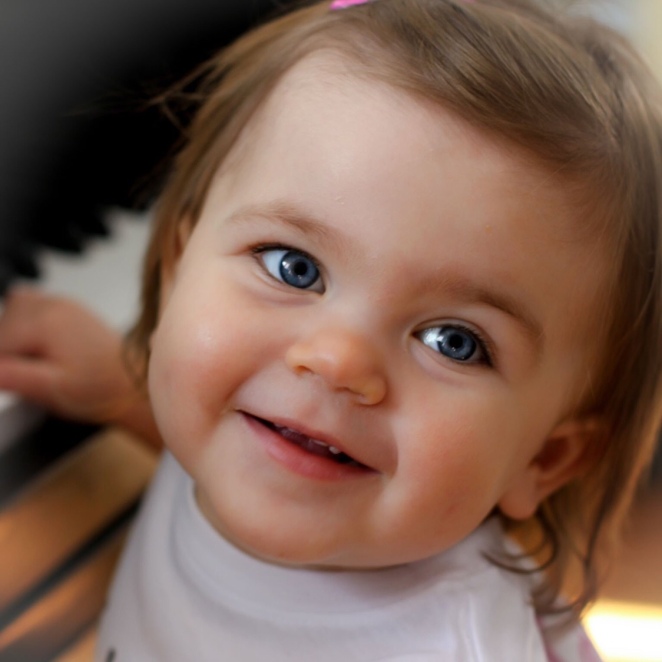