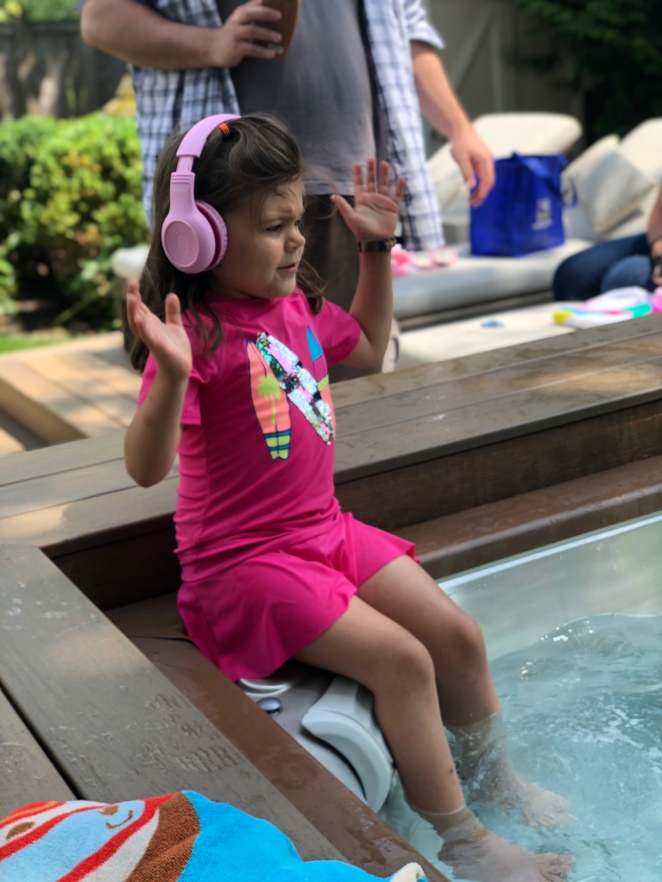 I’ve been asked a few times about Courtney’s headphones. I’ve been asked why she wears them, what music is she listening to, and how do we feel about them.

To answer one question, unless you see a chord attached to them, she isn’t listening to anything. They are not wireless. Sometimes they are plugged into her iPad but most often the chord isn’t attached and they are just covering her ears.

So, why she is wearing them? Courtney has always been sensitive to noise but only louder noises like vacuum cleaners, hair dryers, blenders and such. It was a sensitivity that for the most part was manageable. Over time she has learned to cover her ears or go to another room. The hardest noise has always been the vacuum cleaner but we’ve just learned to vacuum when she’s not home. She’s also not a fan of Alyssa’s whining or crying. (Sometimes I don’t blame her.) A few months ago we noticed her covering her ears more and more. As i watched it increase, I decided it was time to try the common strategy that is out there….headphones. Her OT recommended just regular headphones versus noise canceling ones so that’s what I did. I was honestly surprised how fast she took to them.

This leads me to how I feel about the headphones. In some ways it breaks my heart to see her covering her ears with her hands so often because it was her telling me she was anxious and who enjoys seeing their child anxious. There are times when I put the headphones on you can just see her body relax. Something about the ears being covered and some added pressure on the head relaxes her. If a pair of pink headphones is going to help her through new activities, large crowds, new places, why not let her wear them? So how do I feel about them? They are game changers and I love them!

I asked my husband how he felt about them. He too said that he is fine with them since they help her but he also said he worries that it makes her look different. I love this quote in this meme. It’s not that Courtney looks different, it’s that the world sees it as different so instead of making her uncomfortable, let’s teach the world to help those like Courtney feel comfortable. 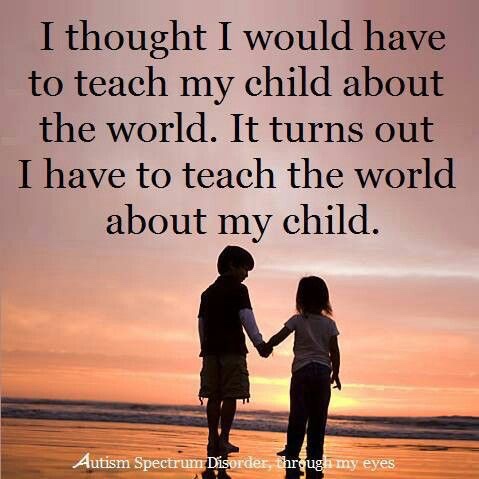 At the beginning of summer school my father-in-law got Courtney off the bus and noticed most of the students had headphones on. He shared this to me. He now feels bad that he said this to me because he feels it is what made me try them with her. That is not the case at all. And if it was, I hope instead he can look at it as that it’s a good thing that he helped find his granddaughter a way to cope.

Note to other parents…let me know if you would like the link to these headphones. I like that the chord detaches from the headphones when you don’t have the attached to a device!