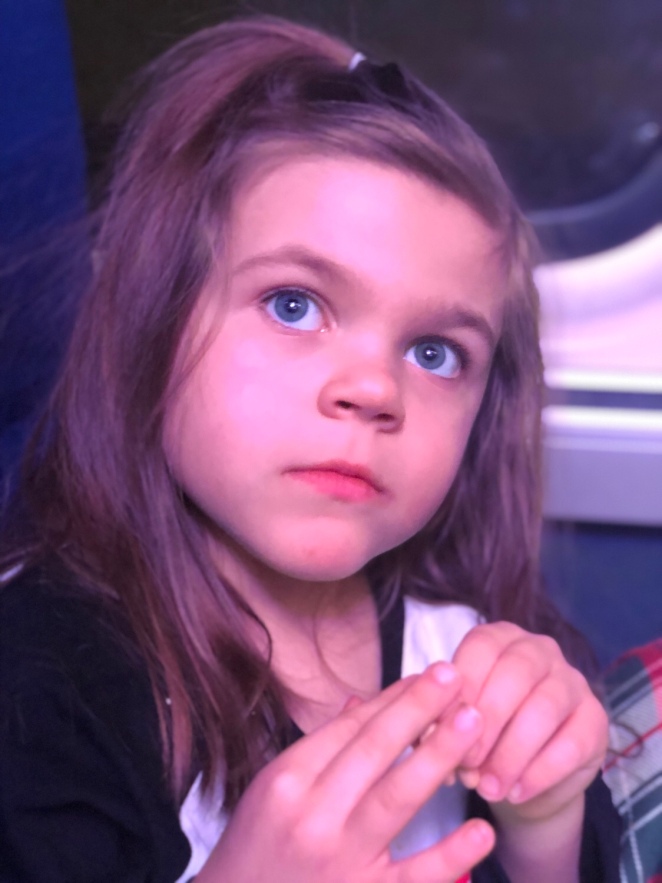 There is so much behind those beautiful blue eyes and in that little brain of her. So many skills and so many thoughts but she just lacks the means or maybe even the motivation to share it.

Every 6 months Courtney sees a developmental pediatrician. This is the doctor (along with a team of therapists) that gave her the diagnosis of autism. This doctor will follower her in her development and help us best help her.

At her last appointment this summer, we decided it was time to see if she could handle some cognitive testing to get a better idea of where she is cognitively. Not sure why, but I was so nervous about this appointment. I’m the end, it means nothing. Does it really matter where she is cognitively as long as we are giving her what she needs to progress? No. But I was still nervous. It’s never easy to hear how behind your child actually is.

Well, we still don’t know. The psychologist had to decide that Courtney continues to be not testable. At this point they are taking my word that she can do some of the skills they were testing on because Courtney wasn’t showing them she could. Yes, doctor, Courtney knows which animal is a cow. Yes, she knows her colors, numbers and letters. Today I truly had to be her voice.

Not sure what is harder to watch…her not answering a question because she doesn’t know the answer or not answering because she has completely checked out. So in the end, we left there with the doctor saying she has definitely regressed. Regressed behaviorally. They agree, based on what I told them, that it was a rough fall and that is why there is regression.

Sometimes it really makes my heart ache to think of all that is in her little head and how difficult it is for her to share it. It kills me that even with 46 hours of school and therapy, we are only inching away.

But I hope she also knows just how proud we are of her and how loved she is.